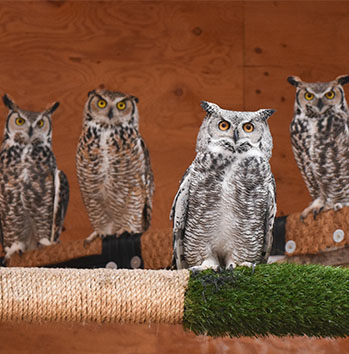 Here at WILDNorth, we care for raptors from as small as the Northern Saw Whet Owl to as big as the Eagle. They come into care for a number of reasons including such things as: window strikes, vehicular strikes, lead poisoning, starvation/emaciation. Raptors are pricey patients for us to care for, as they are carnivorous and require an all-meat diet. If you choose to sponsor a raptor, you will also get the exciting opportunity to experience the release of one of our raptor patients! We will email you a sponsorship certificate, as well as more information regarding the release!
Some examples of Raptor patients currently in care: 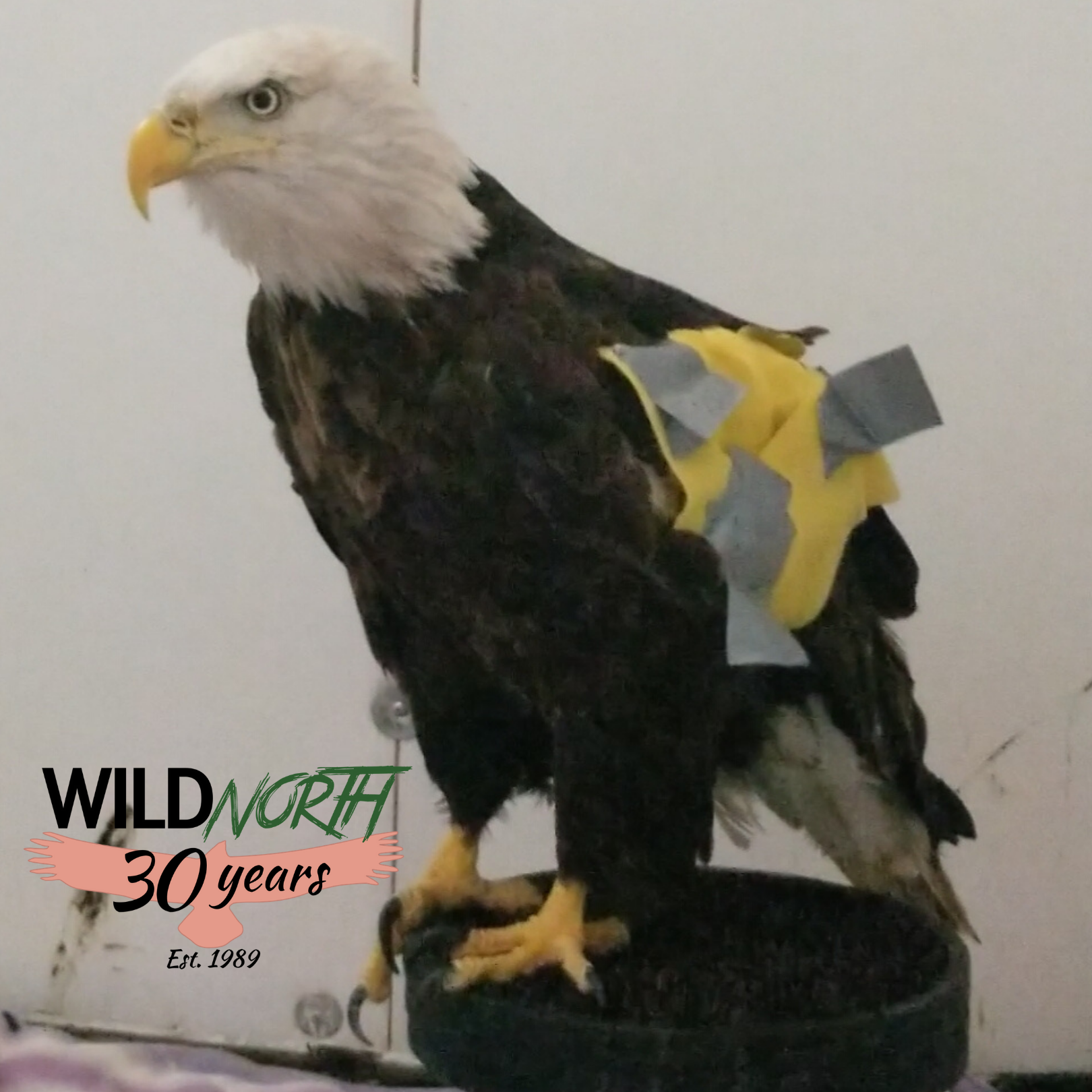 This bald eagle has been in care for months now and has received multiple surgeries in an effort to mend a broken wing! One surgery included a novel technique known as a bone graft. The yellow bandage in the photo protects the healing area.
Bald eagles are a protected species by the Alberta Wildlife Act. Eagle populations used to be dangerously low. Thanks to these protective acts, and other conservation efforts, their populations are now stable. We must continue to be vigilant when it comes to preserving these beautiful birds, which is why we work so hard to release any we receive. 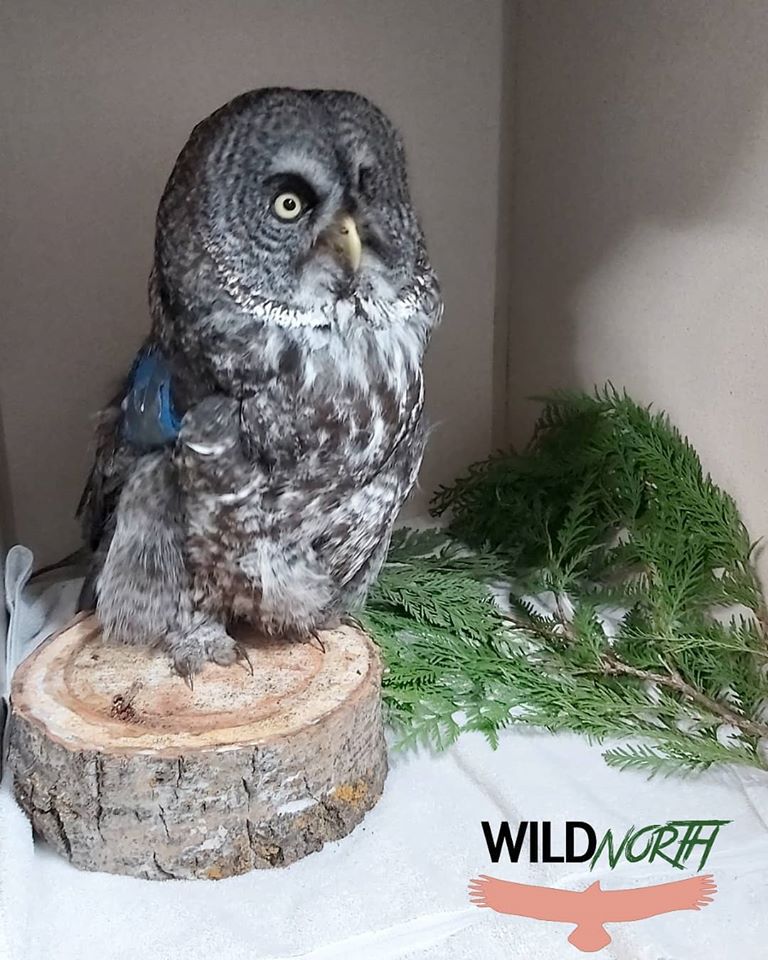 This gorgeous great gray owl was picked up on the side of a highway in Northern Alberta, and admitted with a broken wing. The blue in the photo is a wrap in an effort to treat the break, and has since received surgery to further help with repair!
Did you know: Great grays have exceptional hearing and are able to detect prey beneath several feet of snow! Truly amazing creatures.
They are also considered the LARGEST owl in North America! Which means this raptor needs a lot of food. Sponsor this patient today to help. 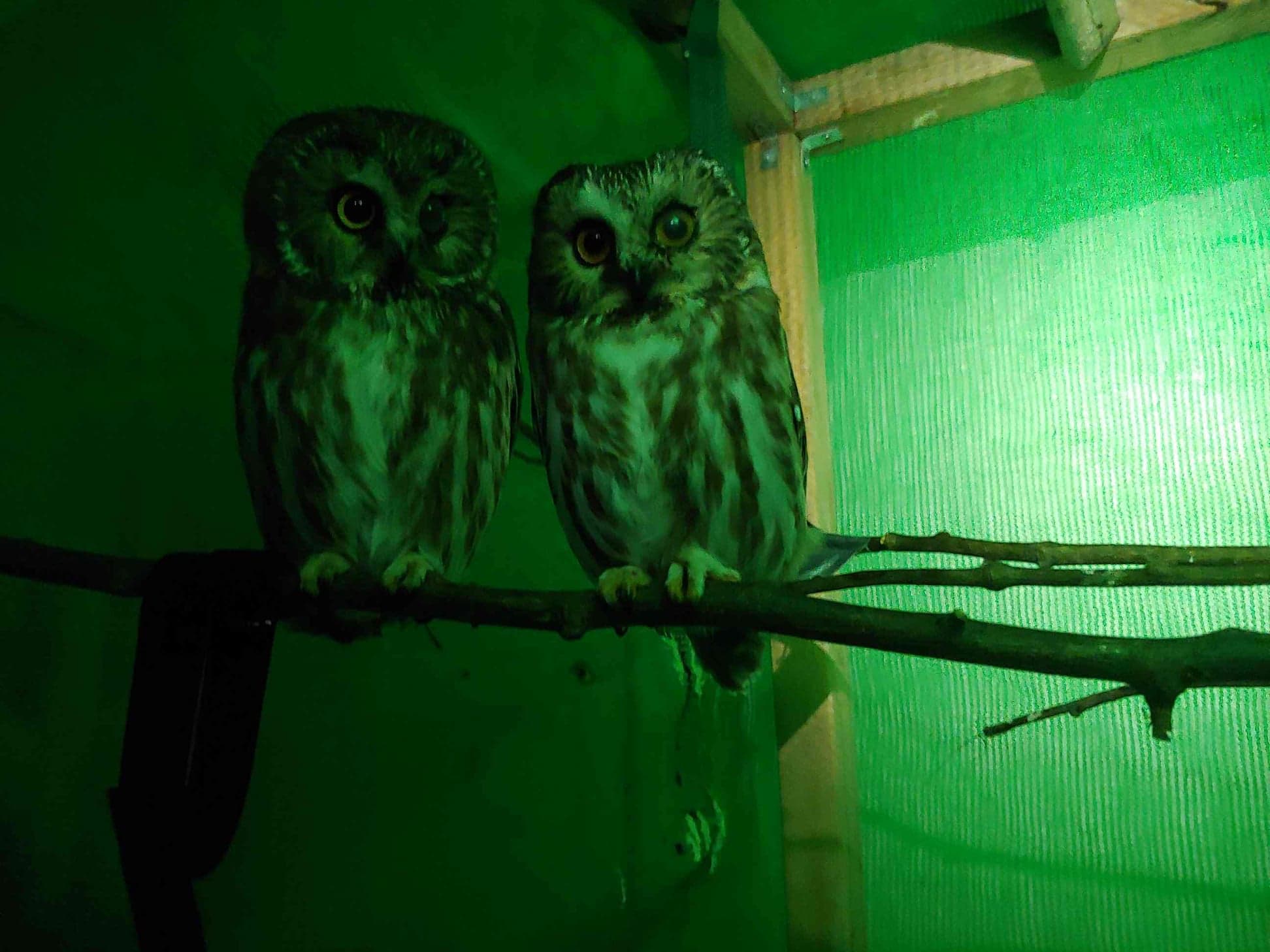 These look-alikes were admitted a few days apart in mid November. Both were admitted because they flew into windows, and both are now experiencing eye/vision issues and are still undergoing eye medication; therefore, they will be in care for another couple of months. The smaller of the two is male, while the larger is female (as is typical with birds of prey).These two are quite particular with their food preferences – they will only eat mice. Which makes for a rather expensive diet.
Fun fact: they eat the heads of the mice first.

We have since received a third Northern Saw Whet owl, that is also experiencing eye issues.